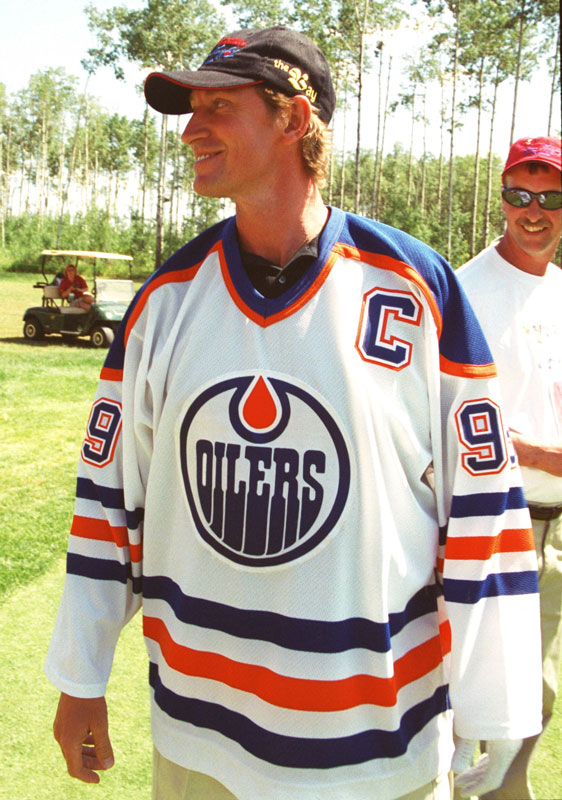 
Wayne Gretzky smiles after teeing off in an old style Edmonton Oilers jersey during the Ronald McDonald Children's Charities Wayne Gretzky and Friends Golf Tournament at the Northern Bear Golf Club just southeast of Edmonton. It was the first time since being traded by the Oilers in August of 1988 that he has put on the jersey. Gretzky saw a fan in the crowd wearing the jersey and asked him to take it off for a signiature. Gretzky signed the jersey then proceeded to put the jersey on himself and teed off on the 12th hole with it then gave it back to the happy fan.